Another Record Harvest, South Dakota Farmers Should Be Proud 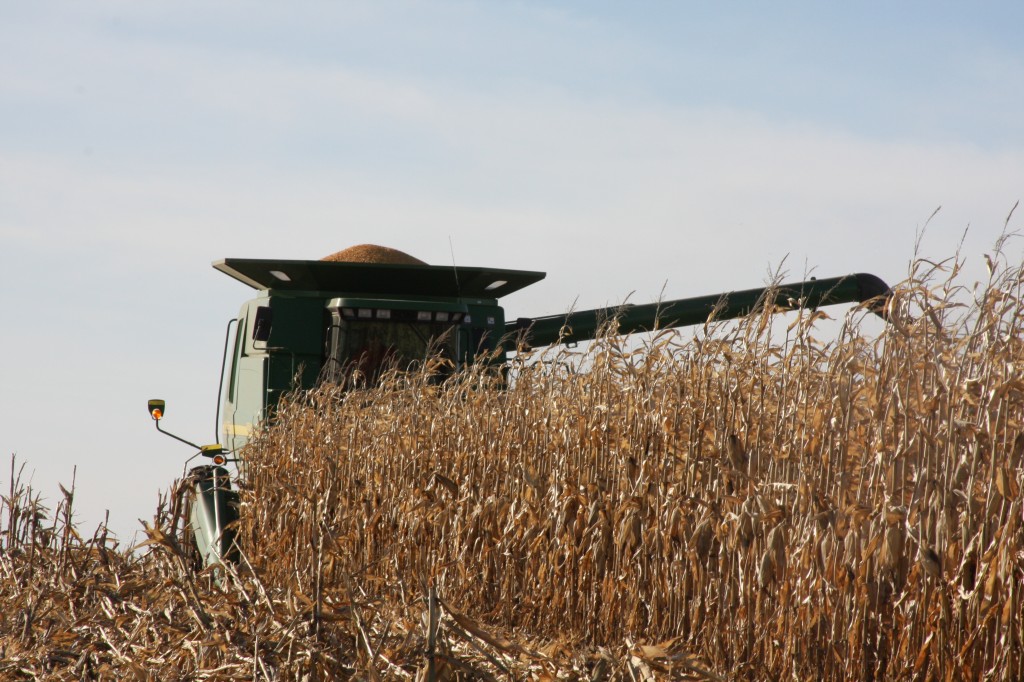 A cold, wet spring followed by a short, mild growing season and a moisture filled, late harvest gave South Dakota farmers plenty of headaches in 2009. No doubt it was tough, but our farmers once again answered the call.

A new South Dakota corn harvest record has been set in 2009 with 719 million bushels after it had been set the year before in 2008 with 585 million bushels. Even with 7% of South Dakota’s Corn remaining unharvested according to the USDA. Farmers produced 23% more corn on only 7% more acres. The average 2009 yield was 153 bushels per acre, up 20 from a year ago.

“Unbelievable results from an unbelievable year! We knew a tremendous crop was in the fields but no one could have fully predicted what the combined total would reach,” said David Fremark, president of the South Dakota Corn Utilization Council.

Great efforts were made to get as much harvested as possible when the conditions allowed. Some farmers worked 24 to 36 hours straight because the conditions were right and more moisture was on its way.

“The longevity of harvest (from September through December) was tough on us because even when we weren’t in the combine, we were still thinking about it,” said Keith Alverson, a farmer from Chester, SD.

Something that defines South Dakota farmers is their willingness to help their neighbors.

Walt Bones, a farmer from Chancellor, SD did just that, “We helped a couple of neighbors wrap up their corn and were very fortunate that things didn’t break down because of the small time frame that the weather allowed us.”

Unfavorable conditions made farmers go that extra mile with long hours and assistance from their neighbors, which helped accomplish a record corn crop! What’s not to be proud of?

Corn, Coservation and Wildlife Can Coexist

A recent study from the University of Michigan claims that too much wildlife habitat, like CRP and native grasslands are being “sodbusted” to grow corn in ...

Results are in: SD surpasses all corn production projections

Against all odds, South Dakota’s corn farmers again busted records by exceeding all production projections to harvest 719 million bushels of corn in ...