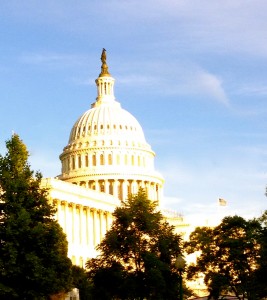 As America just missed falling off the “fiscal cliff” with a last hour deal, Congress continued in its recent track record of kicking the can down road with an extension of the 2008 Farm Bill. While an extension is better than nothing, by failing to pass a new Farm Bill uncertainty remains high for the future of our nation’s food policy.

“We’re extremely disappointed with the lack of action taken by Congress over the past several months to pass a new and comprehensive farm bill,” said Mark Gross, president of the South Dakota Corn Growers Association. “Our farmers are faced with tough, long-term decisions on a regular basis and they need certainty in terms of policy when making those decisions.”

That disappointment was heightened after the Senate passed its version of the Farm Bill back in June, but it did not make it to the House floor for a vote. The Senate version of the Farm Bill, the Agriculture Reform, Food and Jobs Act, made $24 billion in cuts over 10 years by eliminating direct payments and making small cuts to nutrition and conservation programs. With the extension of the current farm bill, those cuts won’t provide the much-needed relief to the national debt and failed to strengthen risk management options.

“While the Senate bill wasn’t perfect, it was a positive step forward and was backed by a majority of groups representing America’s family farmers,” added Gross. “Moving forward, we will continue to work with Congress in hope that they can put their differences aside and pass a Farm Bill benefitting those who grow the food and those who eat it.”