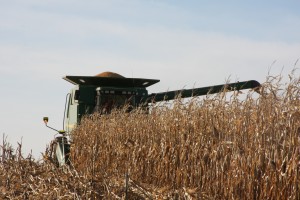 According to the Department of Agriculture, corn prices have the potential to rise 17% this year. The potential increase is based on the future demand for corn ethanol that is already seen to be on the rise. Ethanol production in January 2010 rose 15% from one year ago.

“This report reinforces the importance of ethanol to corn growers across the country,” said NCGA President Darrin Ihnen, a grower from Hurley, S.D. “NCGA consistently advocates for government policies that reflect the important role that ethanol plays for growers and the public as a cost effective, environmentally friendly domestic fuel option.”

The increase in ethanol demand is due in part to the EPA’s release of the Renewable Fuels Standard 2, which means the United States is mandated to produce 12.95 billion gallons of biofuel compared to last year’s 11.1 billion gallons.

Ethanol producers are expected to use around 4.3 billion bushels of corn this year, compared to last year’s 3.68 billion.

Demand for energy produced from corn is improving,” said Mark Schultz, the chief analyst for Northstar Commodity Investment Co. in Minneapolis. “Ethanol profit margins are rising and that may further increase demand for corn.”

With crude oil on the rise, ethanol becomes even more appealing when filling up at the pump.

How do you put a real value on something? What kind of effect must something have before it’s truly valued or appreciated? Distiller grains, the byproduct ...

The ethanol industry is currently awaiting an EPA decision that would move the conventional ethanol blend limit from E 10 to E 15. A decision is expected ...