How fast can farmers plant? 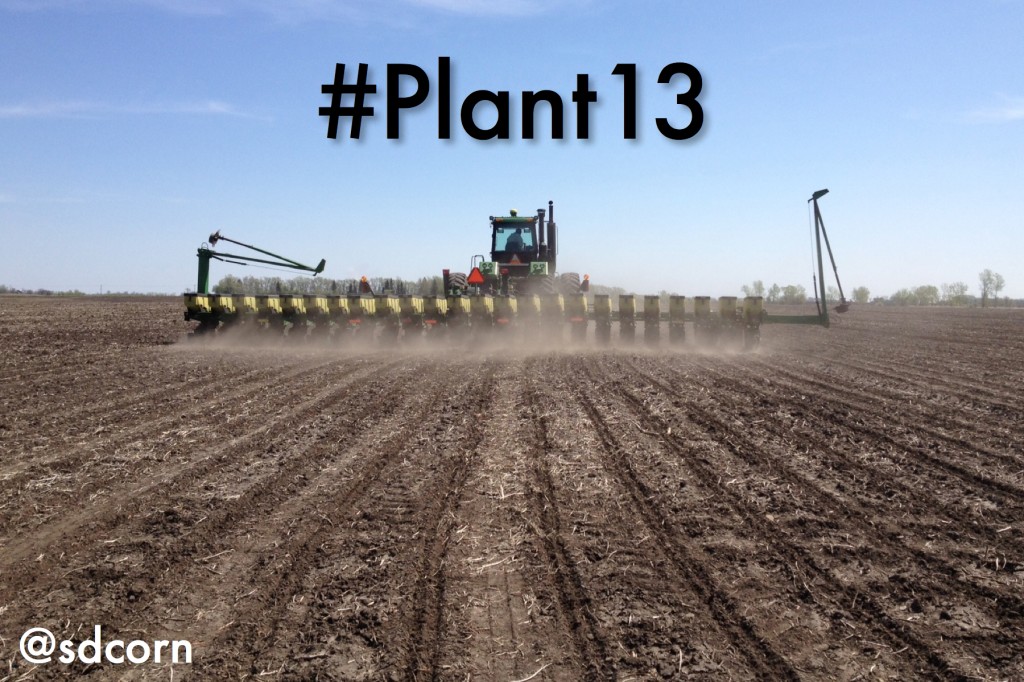 With the recent snow, sleet, ice and altogether blast of cold weather, row crop planting has been delayed in South Dakota. When it comes to planting corn, this lack of progress put our state at 7% behind last year and 4% behind the 5-year average. When exactly farmers will begin planting we don’t know, but let’s not worry just yet as there is always reason for hope

Thanks to new precision technologies, farming practices and bigger equipment, farmers are able to accomplish a lot in a short amount of time. Just how fast can farmers plant their crops once the conditions are right? Let’s look at the past five years to see what kind of progress is possible once tractors get rolling.

In 2012, South Dakota corn farmers had planted 2.9 million acres by the first week of May and an incredible 5.2 million acres in a matter of just 4 weeks time.

Two years ago in 2011, during the third week of May, farmers planted 1.5 million acres of corn. In that same year, farmers were able to plant 4.3 million acres in the month of May.

This year, South Dakota farmers are expected to plant 5.9 million acres of corn and having short windows due to volatile weather is nothing new in the Northern Plains. Once the conditions are right, our farmers have demonstrated that they have the necessary tools and ability to make sure the acres are covered and all of the seeds are sown.

These South Dakota farmers have started planting the next crop of food, feed, fuel and fiber. You can follow the planting progress on Twitter with the ...

Quietly, South Dakota is among the leading states when it comes to producing homegrown, renewable energy.  The state has 15 ethanol plants that produce ...