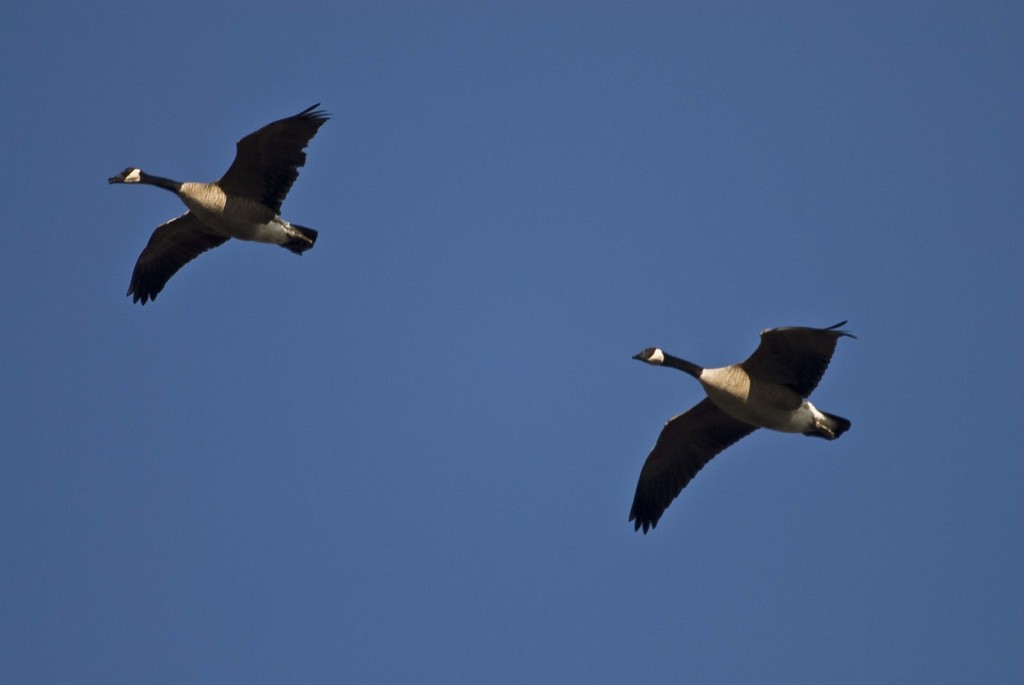 A special August Canada goose season in South Dakota allowed resident hunters an early crack at birds in certain counties as they aimed to fill a generous bag-limit of 15 birds in an attempt to control soaring populations.

Population control has been an enormous challenge for the South Dakota Department of Game, Fish and Parks as the Canada goose population has grown over the past 15 years with numbers reaching an estimated 270,000 in 2012, three times above the state’s management plan of 80,000-90,000 birds. And when population numbers climb, so do dollars needed for depredation as waterfowl damage fields as they feast on corn and soybean crops near bodies of water.

To prevent, minimize and compensate for goose damage, the SDGFP practices a number of depredation tactics which have cost the state of South Dakota around $2.4 million over the past five years. (Note: Taxpayers aren’t footing the entire bill for the damage being done as a small portion of license fees help pay for depredation programs.)

Day County is the heart of the problem area as goose depredation expenses totaled $179,200 in 2014 alone. Roslyn family farmer and South Dakota Corn Utilization Council director Ryan Wagner has experienced his share of crop damage due to high goose populations and has tried numerous tactics in partnership with the local Game, Fish and Parks staff, including fencing, buffers and special kill permits.

“It’s been better this year,” said Wagner, “but we’ve learned from past years and have been more proactive in getting fences up early.”

Fencing is a timely process, but has worked well at minimizing damage in the Wagner’s fields.

“Most damage is limited to one to two acres at a time” added Wagner, “ but I’ve seen a group of a hundred yearlings capable wiping out 10 acres in a matter of a week.”

Based on last year’s average yields, one acre of corn and soybeans in Day County could gross roughly $453 and $356 respectively at today’s market prices.

Beyond production loss and depredation costs, Wagner also has reason to believe that part of the area’s waterhemp (a noxious weed) issues may be due to geese. “In the spots that have been wiped out, we’ve had to deal with weed issues for several years; contributing to continual crop loss on those acres.”

Nonetheless, Wagner emphasized, “Our local GFP guys have been great to work to with and truly understand what farmers are up against.”

Whether it’s the weather, more efficient depredation efforts, special hunts, increased bag-limits or other phenomena, populations have decreased from record high totals as the latest USFWS population estimates now show Canadian geese numbers are down to 155,000 in South Dakota (still well above the state’s management plan).

With that in mind, is there something else at play? Is the avian flu having an effect on the population? This summer in Michigan, Canada geese tested positive for a lethal strain as it’s well known that migratory waterfowl along with other birds are likely spreading avian flu, which decimated chicken and turkey farms throughout the United States.

Last spring, avian influenza led to the deaths of 1.7 million turkeys and chickens in South Dakota, which extension experts say contributed to collective economic losses of around $27 million. Some turkey farmers are even installing new venting systems to keep wild bird droppings out as they work to rebuild their numbers.

Now as the fall migration begins, poultry farmers are holding their breath hoping to not see a repeat of last spring’s devastation as grain farmers continue to face the lingering affects of an over-abundant Canada goose population.

The South Dakota Corn Growers appreciate the SDGFP’s efforts to manage wildlife populations and encourage landowners to continue working with the agency as they tackle this tough issue.

South Dakota boasts some beautiful scenery each fall. From bright skies to vast fall foliage and crops being collected, the scenery across rural parts of ...

Silage season has started in areas across South Dakota as choppers are making their way through cornfields mincing the plants into feed for dairy and/or ...