Long may you run on ethanol 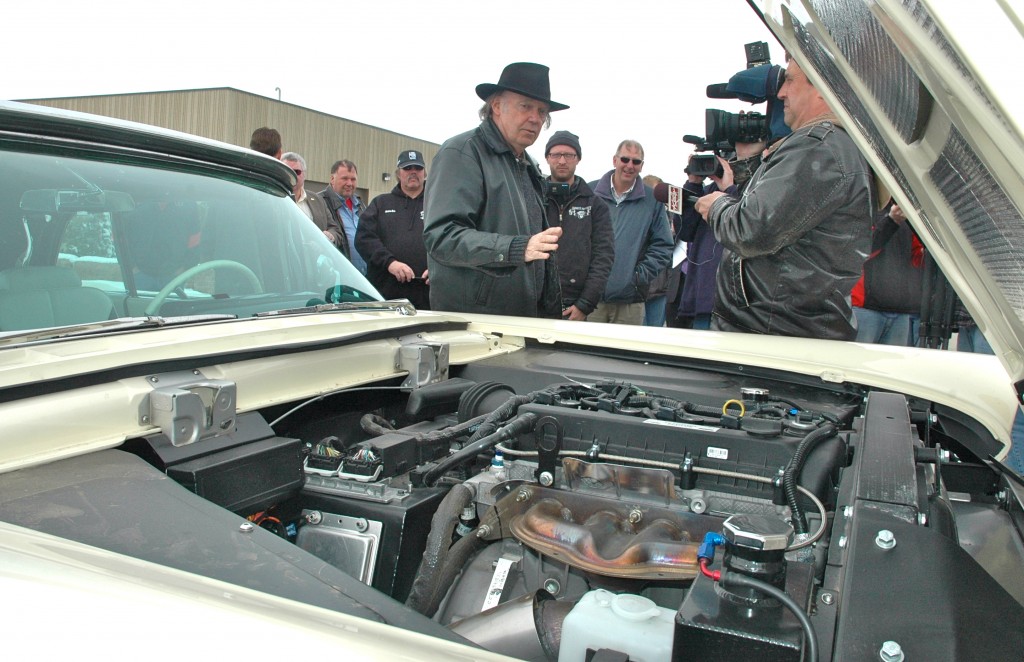 Singer, songwriter and Rock and Roll Hall of Famer Neil Young made a brief stop in Sioux Falls at POET last Friday afternoon to fill his 1959 LincVolt with South Dakota ethanol as he and his crew travel across the country making a documentary about reducing America’s dependence on oil.

Young is passionate about finding ways to protect the environment, which is why he altered his 1959 Lincoln, a car he has owned for nearly two decades, by replacing the vintage gasoline-guzzling motor with an electric hybrid engine that runs on E85 (a blend of 85% ethanol, 15% gasoline).

Pride beamed from Young’s face and he explained, “It’s a four-cylinder Ford Atkinson that usually runs a Ford Explorer Hybrid, and we’re getting 30 miles to the gallon in it and this car weighs three tons.”

When Young was asked why ethanol, the better question would have been why not?

“It’s a fuel made by Americans, in America, that is cleaner than fossil fuels,” Young said.

The amazing efficiency isn’t all that he and his team are proud of as he touted the car’s huge reduction in carbon emissions thanks to ethanol.

“It’s really clean,” stated Young. “If we’d have been driving a gasoline-powered vehicle, we’d have put almost three-quarters of a ton more CO2 into the atmosphere.”

And yes, they have an app for that which calculates their mileage and emissions as they travel from Young’s home in California to Washington, DC as he hopes to eventually visit with U.S. Secretary of Energy Steven Chu.

“It smells good!” Young exclaimed as he filled up his classic car with the South Dakota-made renewable biofuel. “A lot better than that other stuff.”

It’s conventional wisdom that the earlier a farmer plants his crop, the better opportunity that crop has to thrive. Those thoughts may be cause for ...

Drought loosens its grip in SD

http://droughtmonitor.unl.edu/DM_state.htm?SD,HP While receiving a blizzard that included a nasty mixture of rain, snow and ice in the middle of April ...