November ’09 was a Record Month for Ethanol 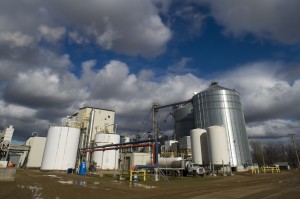 The new ethanol record could be attributed to the record corn crop raised this last fall. With the increased corn yields, farmers are growing more with less. Thus proves that farmers are capable of both feeding and fueling America’s growing population.

While the production and demand of ethanol are on the rise, the demand for oil seems to be on a downward slope.

A report came out Sunday from KansasCity.com saying that the demand for oil in the United States is falling and has been for some time. Oil demand peaked in 2007 and has been declining ever since. Experts, including Oil Execs, say they don’t expect that demand to ever recover. The article suggested that alternative fuels, like ethanol, will grow enough to meet any future increase in demand for automotive fuel.

As I type this blog post, hundreds of people are typing and tweeting about how much corn is being used to produce ethanol. What they don’t realize is that ...

The State of Clean Energy Address

Wednesday night, millions of people watched President Barack Obama give the annual State of the Union Address and he touched on some great topics: jobs, ...