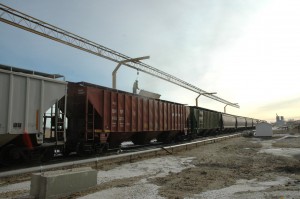 The KORUS Trade Agreement, which goes into effect on March 15th is the most significant since NAFTA as the country boasts a $1.4 trillion GDP, ranking 12th on the globe. Currently, Korea ranks 5th in U.S. farm exports and according to the American Farm Bureau the agreement should spur an additional $1.8 billion each year. In turn, KORUS should give a boost of between $10-12 billion annually to the U.S. GDP from just ag and industrial products.

According to the Office of the United States Trade Reps, “For agricultural products, the FTA will immediately eliminate or phase out tariffs and quotas on a broad range of products, with almost two-thirds (by value) of Korea’s agriculture imports from the United States becoming duty free upon entry into force.”

But KORUS will have the biggest impact on American beef and pork exports. According to the National Hog Farmer, “Tariffs on pork exports currently at 22.5% to 25% will be phased out over two years beginning on Jan.1, 2014. Tariffs on U.S. beef will go from 40% to zero over 15 years.”

Learn more about the benefits of KORUS at http://www.atoseoul.com/fta/generalinfo.asp

Farm policy issues, a gigantic tradeshow and numerous informational speakers are just few of the many facets of Commodity Classic which starts today and ...

The South Dakota Corn Growers Association board directors and staff gathered at the state capitol on Wednesday and Thursday to meet with legislators to ...