Pain at the pump 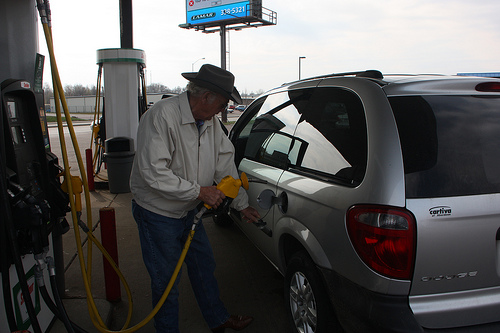 Anybody else feeling the pain at the pump? Gas prices have risen each of the last 32 days bringing the prices up around 50 cents per gallon so far in 2013. These fluctuations in crude oil trap Americans and nearly all aspects of the country’s economy as this energy monopoly devastates business bottom lines and consumer pocketbooks.

Meanwhile, big oil companies continue to put up record profits, even as gas consumption has decreased, while also maintaining their hundreds of billions in annual government subsidies.

Wouldn’t it be nice if there was an alternative to gasoline and its constant volatility stemming from few refiners and unstable nations around the world? That obvious question has a solution being produced as you read this post, American ethanol.

According to an Iowa State University study, ethanol is already saving consumers money, $1.09 per gallon on average in the United States and a $1.69 per gallon in the Midwest. Fair market access to the EPA-approved E15 or higher blends like E30 and E85 which could provide even more relief at the pump.

With harvest long since completed, you might be wondering what happens to all of the corn that was raised in South Dakota. Where does it go and who uses ...