SD Corn and Skyforce team up for Corn Week

Along with food donations, fans will have the opportunity to raise money by purchasing a corn-themed jersey online. In order to purchase one of these jerseys, follow the link provided: http://goo.gl/forms/oP6GZ16imK.

Each jersey will be autographed by the entire Skyforce basketball team. Any jerseys that are not purchased online will be auctioned off at Saturday’s game. All proceeds will go to Feeding South Dakota.

“We’re excited to team up with the Skyforce to support Feeding South Dakota, the state’s largest hunger-relief organization,” said Teddi Mueller, South Dakota Corn’s industry affairs director. “As the state’s No. 1 industry, agriculture is committed to doing its part to ensure that no one has to go hungry. In addition, Corn Week is an opportunity for South Dakotans, particularly Skyforce fans, to show their generosity by contributing much-needed food to this great cause.”

In 2015, the food drive and jersey auction raised over $9,000 and around 500 pounds of donated food. While that went a long way in supporting our community, the goal for 2016 is to double food donations and collect upwards of 1,000 pounds of food. 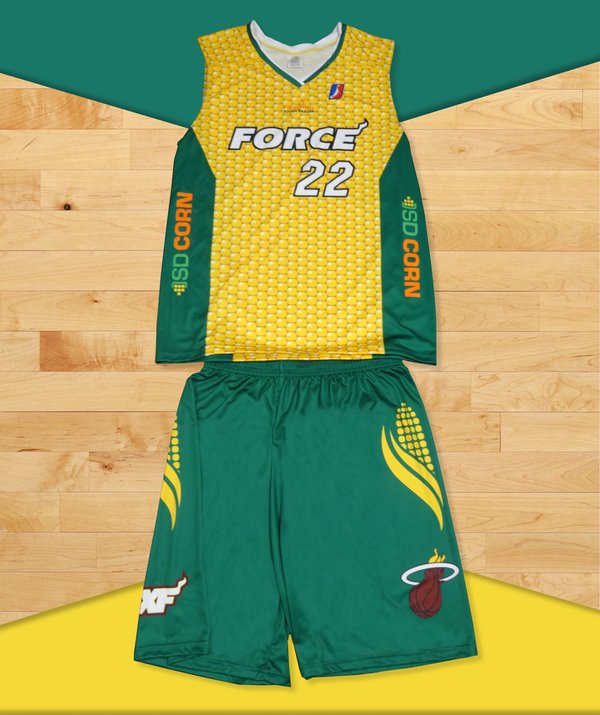 “Feeding South Dakota is excited to partner with SD Corn and the Sioux Falls Skyforce again this year to raise food and funds for those who are hungry. Last year, this promotion helped to provide more than 20,000 meals for hungry individuals and families across the community,” said Matt Gassen, CEO of Feeding South Dakota.

South Dakota Corn Growers Association (SDCGA) board members have re-elected all three officers to serve for another year. Keith Alverson of Chester will ...