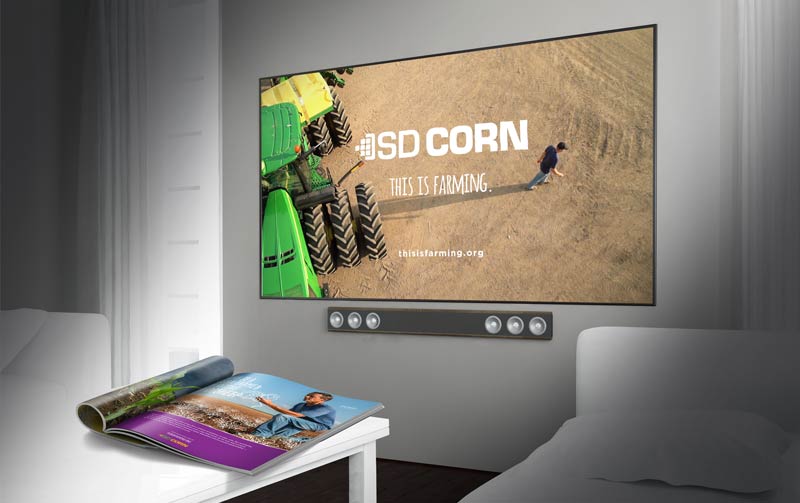 If you had to explain precision farming and cover crops to the average resident of one of South Dakota’s larger cities, how would you do it?

Since most consumers aren’t familiar with farming practices, it might take you a while. And that’s why it’s remarkable that the new South Dakota Corn consumer education campaign explains each of two practices—precision ag and cover crops—in just 30 seconds.

People who live in larger communities, such as Sioux Falls, Rapid City and Aberdeen, aren’t necessarily familiar with what they see on farms and often don’t understand what contemporary farming entails.

Carrying forward This is Farming as the overall theme, the campaign tactics literally illustrate several farming practices that consumers may not understand. Consumers are directed to ThisIsFarming.org to learn more about a variety of topics, such as technology, economy and sustainability.

Farmers Paul Hetland of Mount Vernon and Steve Weerts of Iroquois are featured in the campaign, which you can see at ThisIsFarming.org. Watch for the TV commercials beginning around Thanksgiving.

Everyone Wins at the South Dakota Showdown Series