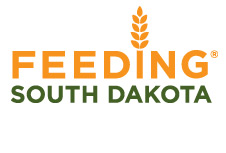 The historic rivalry between the University of South Dakota and South Dakota State University is one that dates back to 1889 on the football field. With both schools coming off of big wins, playoff positions are on the line this coming Saturday as the two collide once again in a South Dakota Showdown Series matchup where the winner will determine who leads the year-long competition between the two universities’ student-athletes.

This will be the 102nd meeting between the two football teams as SDSU leads the all-time series 51-50.

Another event taking place this weekend includes the Lambda Chi Alpha fraternity chapters from both SDSU and USD who plan to run 137 miles from Coughlin-Alumni Stadium in Brookings to the Dakota Dome in Vermillion.

Finally, during the football game a Coyote cheerleader will attempt to break the world record for putting T-shirts on in one minute (the record stands at 31). With each shirt that gets put on, South Dakota Corn will donate $100 to Feeding South Dakota.

“It’s great to see all of the excitement that is generated throughout the state when these two schools’ sports teams go head-to-head in the Showdown Series,” added Corn Utilization Council President Reno Brueggeman. “The enthusiasm of the loyal fans and students is matched by their generosity as they raise money to help feed hungry South Dakotans through this longstanding rivalry.”

First off, we want to say thank you to everyone who helped submit over 100 awesome photos capturing the beauty and essence of harvest in South Dakota. ...