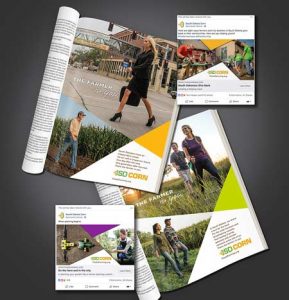 The “Farmer in You” was a collaborative effort between South Dakota Corn and Paulsen, a Sioux Falls marketing firm. Teddi Mueller, South Dakota Corn’s marketing director, spearheaded the project for her organization. The campaign included TV, radio and print ads, videos, sponsored content and displays.

The strategy was to showcase how much farmers and consumers have in common. Paulsen and South Dakota Corn have worked for several years toward a goal of building consumer trust, helping people better understand and appreciate agriculture, and strengthening relationships between farmers and consumers.

When the Tru Shrimp Co. announced in early January that it will build a shrimp production facility in Madison, it was a bonus not only for the city but ...