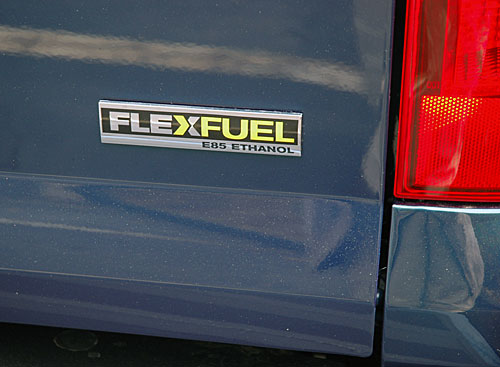 Let’s face it, not only is America addicted to oil, but our government mandates that addiction which leads to consumers and businesses to relying on imported oil from countries that literally hate us. Hundreds of millions of dollars leave our country everyday in exchange for dirty foreign oil. We have the ability to change all of that and alternatives are available now. Ethanol and other advanced biofuels are ready to continue relieving our nation from that dangerous dependence while creating jobs, energy security and a cleaner environment.

In order to consume our domestic renewable energy, we need vehicles that can utilize those fuels. There are currently around nine million flex fuel vehicles on the road today in the United States which may sound like a lot, but not when you consider that there are 143 million vehicles total. But with a few moves in Washington that trend could be changing.

This week, United States Senators, Maria Cantwell of Washington and Dick Lugar of Indiana introduced the Open Fuels Standard Act which would require that vehicles sold in the United States be able to run on alternative blends like E85 and other liquid fuels. Essentially the bill would start in 2015 requiring that 50% of new vehicles be flex fuel and increase to 80% by 2018. Some American manufacturers will balk at the requirement but those same companies are providing a large number of vehicles to Brazil who’s fleet is 90% flex fuel and the additional cost of production is around a mere $100 per vehicle.

Nobody likes a mandate, but the same could be said when it comes to fuel. American consumers deserve a choice when it comes to filling up at the pump, a choice between clean and domestically produced ethanol or dirty, imported oil. BIG OIL’s monopoly has been around for too long and it’s time to open America’s fuel market up for business.

“All the ethanol industry has ever wanted was fair access to the market,” said SDCGA Executive Director, Lisa Richardson. “Biofuels can compete with oil if congress can level the playing field.”

Aaaand there off… as combines slowly creep across the South Dakota plains, farmers have begun harvesting their 2011 corn crop. Normally, most farmers ...