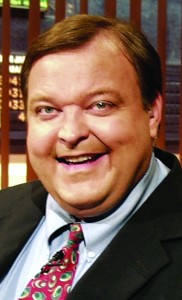 If you haven’t had your morning coffee by the time Mark Pearson takes the spotlight at the SDCGA annual meeting, you won’t need it. Pearson will have you wide awake within minutes.

He’ll also have his audience laughing and learning at the same time.

“The whole enchilada,” he says.

The fifth-generation farmer raises corn, soybeans, cattle and hogs on his Iowa farm. He’s also an award-winning reporter, former assistant Iowa secretary of agriculture, and he served 10 years as an officer in the Naval Reserve.

A keen observer of the economy, energy and farm markets, he’ll share his insights. Pearson said he has spent his whole life talking with farmers and that’s where he has learned the most.

“I have a huge respect for people who farm full-time and make a living at it, and feed the world,” says Pearson.

This year’s SDCGA annual meeting on Saturday, January 7th at the Sioux Falls Convention Center will be here before you know it. Don’t forget to register. Click here to complete your registration online or call the office at 605-334-0100. We look forward to seeing you at our Winter Wonderland.

2011 was a year of extremes in South Dakota. Everything from weather, crop prices and policy issues seemed to fluctuate dramatically and things really ...

Jolene Brown has seen farm families squabble over day-to-day operations. She’s heard the concerns about how a farm and assets will be divided among ...