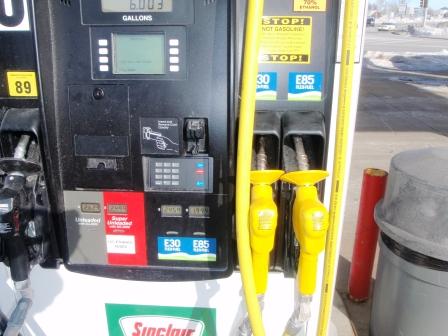 In yet another failed attempt by big oil to take down ethanol, America’s clean and renewable fuel, the statistics proved that even with the drought’s impact on corn production, the RFS is not harming the country as some had claimed in their waiver requests.

In the EPA’s efforts to determine whether or not a waiver was necessary, they analyzed over 500 scenarios, with 89% of the results showing that the RFS has little to no impact on corn, food or fuel prices. The EPA said that waiving the ethanol mandate would have only reduced corn prices by about 7 cents/bushel or 1%.

“Big Oil lost another round of attacks on ethanol today,” said SDCGA President Mark Gross. “The numbers prove that American ethanol saves consumers more than a dollar per gallon at the pump by adding over 13 billion gallons of additional fuel to the U.S. market, according to an Iowa State University study.”

Gross went on to say, “The RFS is good for farmers, good for South Dakotans and good for Americans. It provides another market for our corn, saves families money and reduces this nation’s dependence on foreign oil. Everyone wins.”

Simply put, the RFS is working. Since the RFS was implemented in 2006, the percentage of foreign oil imports in the United States has fallen by 15%.

By producing clean, renewable fuels like ethanol domestically, consumers saved an average of $1.09 per gallon on fuel across the nation in 2011. The renewable fuels industry employs over 400,000 hard-working Americans and has spurred rural development and millions in new tax revenues across the country.

For more information on the EPA’s decision, visit: http://www.epa.gov/otaq/fuels/renewablefuels/documents/420f12075.pdf

The week of Thanksgiving reminds us all to be thankful for the many things we have in our lives: family, friends, health, homes, jobs, etc. In addition ...