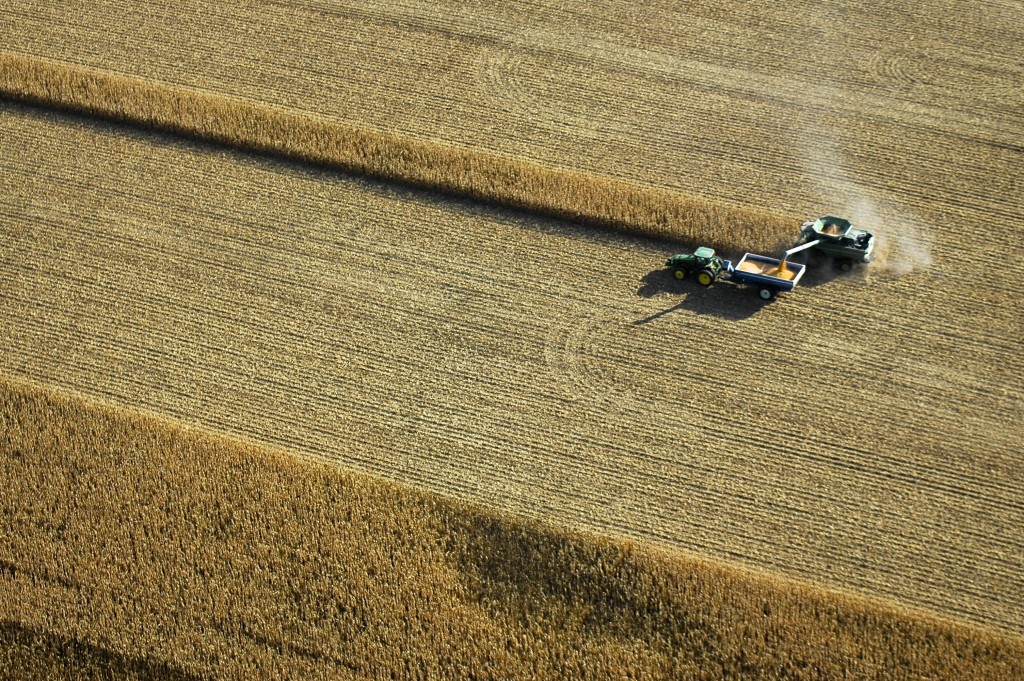 It’s official, corn harvest 2015 has begun on a few farms in South Dakota as early-planted crops and warm September weather have allowed cornfields to mature and dry down without facing an early freeze.

Most early corn harvesters are after high-moisture corn (24-33%), which can be ideal for feeding local livestock.

In the next couple of weeks progress will proceed rapidly and farmers will be delivering crops to their bin sites, ethanol plants and area elevators. Thankfully, elevators and rail lines are ready for the expected large harvest as handlers have experienced difficulty transporting grains due to a rail glut during the past few years.

USDA predicts that South Dakota farmers will harvest their third-largest crop on record (755 million bushels), with an estimated all-time record yield of 159 bushels per acre.

As corn harvest commences in your neck of the woods, be sure to snap some photos for our 2nd annual #SDharvest15 photo contest for a chance to win hundreds in ethanol bucks. Just use the hashtag #SDharvest15 on either Facebook, Twitter or Instagram to enter.

You can also follow along this fall as farmers from across the country and the globe share their harvest pictures and stories via the Twitter hashtag: #Harvest15

Last but not least, we urge everyone to use extra caution on the roads during the next couple of months as farmers with large machinery, trucks and trailers do their best to efficiently transport their crops while respecting other drivers. Slow down, be patient and stay alert so we can all enjoy a safe and bountiful harvest.

Below are two tweets from this year’s corn harvest in South Dakota.

September 20-26 marks National Farm Safety and Health Week across the United States. While encouraging safety on the farm is far from a new trend, it is a ...

A team of Extension specialists from several universities in the Upper Midwest are performing a series of monthly webinars (from July through December) on ...