Corn prices down, food prices up

Source: USDA – The industry group dollar demonstrates that the cost of food equals the sum of value added by all supply chain establishm 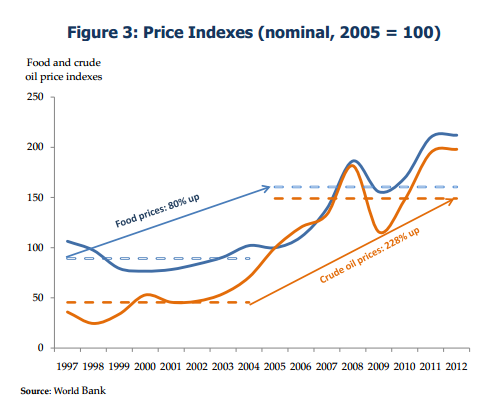 If you can remember back to last year during the drought when corn prices were around $7/bushel, folks were very concerned about how much it would raise their food prices. Yes, food prices did rise as they always do, but it had very little to do with corn then, just as it does now.

One year later, corn prices have nearly been slashed in half and are currently at a three-year low. Logic says that food prices should come down, right? FALSE; food prices continue to rise. As this blog has factually stated a number of times before, food prices weigh heavily on the price of oil, and not on the commodities being grown by our farmers.

If you don’t believe us, just ask the World Food Bank whose research revealed that crude oil prices are far and away the number one factor in determining the price of food. Very little of your food dollar has to do with costs from the farm-less than 11% in fact.

Take a closer look at how little grains like corn figure into the cost of your food item.

With corn at around $4/bushel there is…

We could go on and on, but you get the point. America’s farmers take pride in producing the safest, highest quality, most abundant and affordable food in the entire world. And they continue to do so by growing more per acre, with fewer resources and less energy thanks to advancements in both seed and equipment technologies.

So the next time you gasp at the how much a gallon of milk or package of beef costs you, remember folks, these price increases go further than the farm. The blame should go to our nation’s heavy and dangerous dependence on foreign oil. 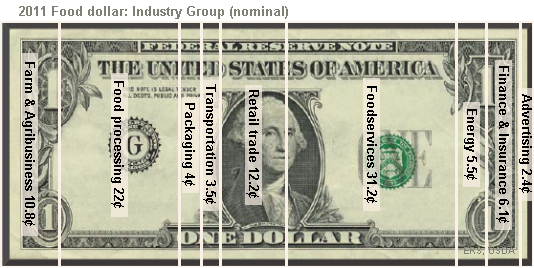 *Source: USDA – The industry group dollar demonstrates that the cost of food equals the sum of value added by all supply chain establishments.

Drainage Forum to be held in Sioux Falls

#Harvest13: Taking the good with the bad

It’s part of a farmer’s creed to never curse a rain, especially if you live in South Dakota, but chances are that unwritten rule was broken this last week ...