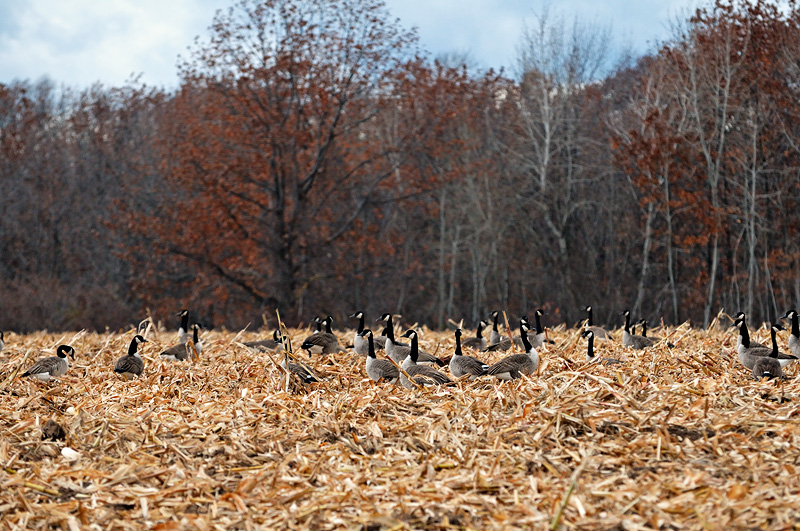 If there’s one thing that South Dakota doesn’t have a shortage of, it’s waterfowl. According to breeding population totals from the South Dakota Game, Fish and Parks, duck numbers total around 12 million, 162% above the long-term average. Geese numbers have also grown dramatically. According to the SDGFP, geese populations in the early ‘90s were at around 40,000. In the year 2000 they grew to about 120,000. And in 2012 they totaled approximately 270,000.

Waterfowl hunting is a treasured pastime in South Dakota enjoyed by many. But unlike ducks and geese, the folks who hunt them are on the decline. In 2001 there were around 35,000 migratory bird hunters licensed in South Dakota. And only 10 years later in 2011, there were only 18,000 hunters, nearly a 50% reduction.

To make up for the decline in hunters, daily limits have been raised on ducks and geese, and this spring a special goose depredation season will take place.

But regardless of those increases and other depredation measures taken by the SDGFP, waterfowl populations continue to thrive in the prairie pothole region, a true sign of plentiful habitat and food sources for our migratory friends.

There is a downside to having historically high populations of waterfowl, which is that damage to cropland does occur, including corn, soybeans and wheat. A recent AP story reported that “Canada geese can be a problem for farmers because they feast on crops such as corn and soybeans. Since 2000, the state (SD) has spent more than $4.3 million fighting the problem.” The South Dakota Game, Fish and Parks responds to hundreds of farmers whose fields are damaged by waterfowl each year.

Living with positives and negatives of wildlife is just another aspect of agriculture. Farmers will continue to work and protect the land and water, conserving our natural resources that allow our state’s wildlife to maintain healthy populations, and that’s something everyone can enjoy.

(Membership Madness radio spot) Among the already long list of benefits you receive when becoming a member of the South Dakota Corn Growers, we have an ...

So much for the stereotype that small engines and ethanol don’t mix. Some manufacturers are now embracing the high-octane, renewable fuel to enhance their ...