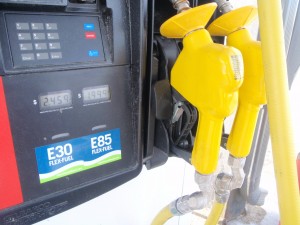 The Environmental Protection Agency announced Wednesday in a press conference that they have tested and approved E15 for the use in vehicle years 2007 and newer for all cars and light trucks. The approval comes from a Growth Energy request as part of the Clean Air Act. While much of the ethanol industry would like to see all vehicles approved, this most certainly is a step in the right direction.

The EPA limiting E15 to those few years doesn’t mean it wouldn’t work in cars older than 2007, it means they doesn’t have sufficient data to determine if those vehicles could safely burn that specific ethanol blend. More testing will be needed for vehicle years 2006 and older, but a decision will be made on model years 2001-2006 sometime in November or December.

Ricardo Inc. has performed their own tests on vehicles between the 1994-2000 years and the results indicated that E15 can be used safely. These results won’t play into any future EPA decisions, but do represent a positive sign of what is yet to come.

E15 will not hit the market immediately as it will need to go through labeling procedures and it will ultimately be up to the fuel retailers to make it available to consumers. According to the EPA, in 2011 there will be 65 million cars on the road that could utilize E15 representing a significant amount of fuel consumed.

So while E15 has only been approved for vehicles 2007 and newer for now, the first hurdle has been cleared creating an increase in America’s ethanol usage which means reduced toxic tail-pipe emissions and lessening our dependence on foreign oil.

Opposition to E15 is redundant and lame

With only a matter of days before the EPA announces whether or not vehicles 2007 are capable of burning E15, a blend of 15% ethanol and 85% gasoline, the ...