Opposition to E15 is redundant and lame 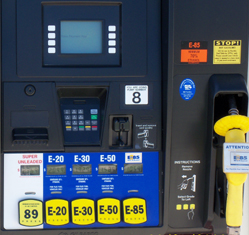 With only a matter of days before the EPA announces whether or not vehicles 2007 are capable of burning E15, a blend of 15% ethanol and 85% gasoline, the opposition has kicked their efforts into high gear. Literally hundreds of websites, blogs and tweets have been posting something like, “Tell the EPA to stop untested E15!”

To clear things up, the EPA announced last week that they have tested E15. Other testing has been done by Ricardo INC which showed that E15 was safe for vehicles between the years of 1994-2000. There is not data which show that E15 could harm vehicles of any year. So no matter how many times you may read the exact same talking points or see images of boat parts from 1985, don’t believe their scare tactics for a bit.

Secondly, a move to E15 moves our country further away from its dependence on foreign oil from countries that hate us. That means keeping more money in the heart of America, creating an estimated 136,000 new green jobs and injecting $24.4 billion into the American economy annually according to a 2009 study.

While vehicles 2007 or newer only represents 18% of the vehicles on the road today, it is a start and will likely lead to all vehicles 2001 and newer, which represents 54% U.S. motor vehicles, to be approved sometime in December.

So while you will continue to hear from the same old opposition, a move to E15 is not a mandate, it will lessen our dependence foreign oil, it will create new jobs and tax revenues and it will benefit the environment.

The Environmental Protection Agency announced Wednesday in a press conference that they have tested and approved E15 for the use in vehicle years 2007 and ...

UNICA, aka the Brazilian Sugarcane Industry Association has been ultra aggressive during the past year on American Soil. UNICA is the producer of ...