Environmental Journalism at its Worst 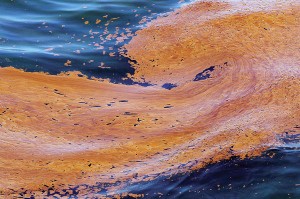 As the world witnessed the worst oil spill of mankind during the last few months in the Gulf of Mexico, environmental journalists seemingly ignored the manmade disaster and directed their attention towards farmers. Corn farmers to be exact, those same people working every day to provide the world with food, feed, fuel and fiber are the problem according to folks from the Environmental Working Group, National Resource Defense Council and Grist Magazine to name a few.

A hot subject in the agriculture blame game is that corn production is the cause of the “Dead Zone,” or hypoxia in the Gulf of Mexico. Yes, hypoxia is present in the Gulf, but this is a very complex issue in which a number of factors contribute including industrial emissions, residential lawn runoff and sewage likely play an equal role. But, to literally ignore the oil spill while over exaggerating the cause and effects of Gulf Hypoxia seems…well, ignorant.

So when seemingly endless articles are published by these groups referencing each other’s articles, one starts to wonder about their true agenda, especially during a time of disaster. Wouldn’t a “real” environmental journalist report on the effects of spilled oil that will last for decades? Or is something or someone directing these attacks?

Let’s shed some truth on this subject:

U.S. farmers apply 53% less phosphate per bushel of corn since 1980

American farmers, the “True Environmentalists” care for their land and continue to provide an abundant, high quality and safe food supply while caring for our natural resources year after year. But as they sweat, bleed and bust their back, they are being continuously ripped apart by folks who have never set foot on a farm.

How about this proposition…everyone who puts down our countries farmers should be required to raise and eat their own food. Not to worry, they’re experts on the subject, right?

South Dakota’s family farmers and ranchers have devoted their lives to feeding the world ever since immigrants first settled on the soil. Farming ...

Is it fair to say to that the United States of America is in a slump? By slump, I mean the lack of progress our country has experienced after all of the ...