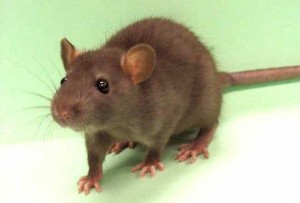 Twitter has been lit up all week with tweets about High Fructose Corn Syrup. A recent Princeton study released on Monday came with a headline saying HFCS causes rats to gain more weight than table sugar. So let’s dig a little deeper into the study.

But a similar study had the sweeteners with food available 24 hours a day and ended with the table sugar group weighing more.

An additional study with an unknown number of female rats over a period of seven months also provided both sweeteners with food to different groups 12 hours per day resulted in the table sugar group weighing more.

A major problem with these studies is the excessive amounts of sweeteners given to the rats. Comparing it to human consumption would equal a single person drinking 20 12oz cans of pop per day.

So what do these studies tell us? Not much, but a catchy headline like, “High Fructose Corn Syrup’s Big Fat Secret” is all it takes for the Twittervesre to go crazy over something so popular to be against.

Here are some things to remember…

“Consumers should not be misled by exaggerated studies that feed astronomical amounts of one ingredient to the study subjects, in this case rats. The medical community has long dismissed results from rat dietary studies as being inapplicable to human beings,” stated Audrae Erickson, president, Corn Refiners Association.

“Consumers should rest assured that high fructose corn syrup is safe. The American Medical Association concluded that high fructose corn syrup does not appear to contribute more to obesity than sugar. The American Dietetic Association stated that these two sweeteners are indistinguishable to the human body and are metabolized equivalently,” Erickson noted.

For more information on High Fructose Corn Syrup be sure to check out SweetSurprise.com

With plenty of issues facing farmers during the upcoming planting season, the SDSU Extension Office is offering online meetings for farmers with ...

HR 4940, the “Renewable Fuels Reinvestment Act,” was introduced yesterday by Rep’s Earl Pomeroy (D-ND) and John Shimkus’ (R-IL) which would ...