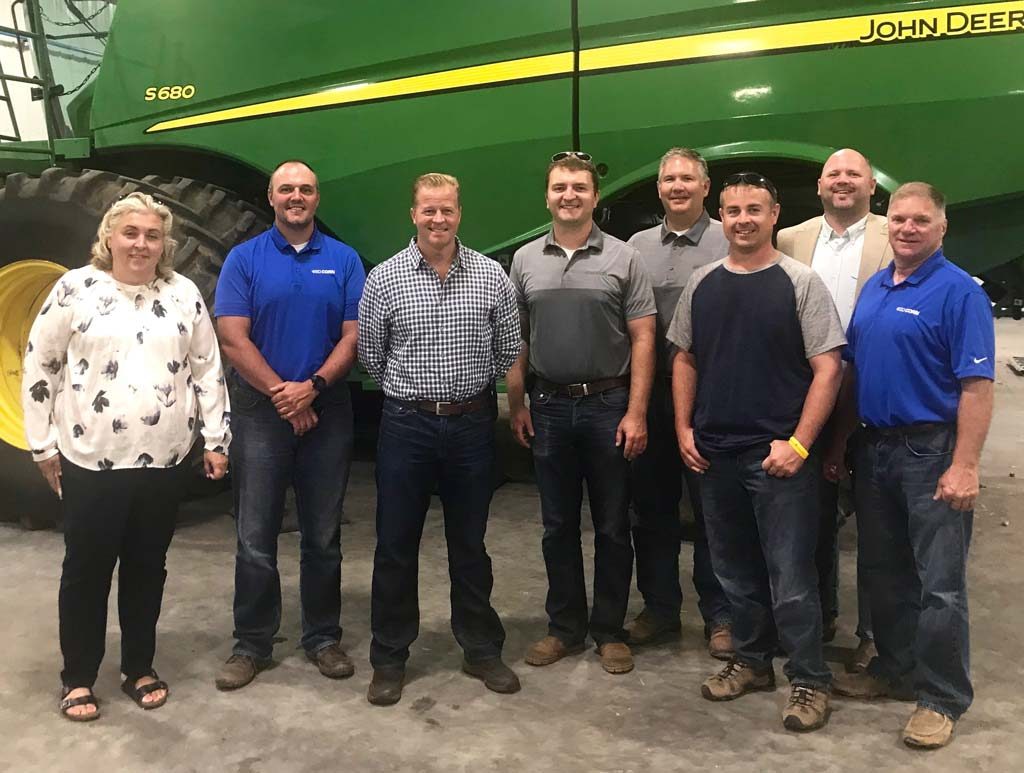 Federal officials don’t make frequent visits to South Dakota, so a group of farmers took advantage of an August opportunity to meet with a commissioner of the U.S. Commodity Futures Trading Commission.

“I think it’s appropriate for us to come out here and see you and establish lines of communication,” Quintenz told the group. “It creates a more honest dialogue. You can hold me accountable.”

The discussion covered a wide variety of topics, including variable storage rates, cash and futures markets, convergence, delivery points, block trades, corn and soybean basis, tariffs and more. Quintenz, who was nominated by President Trump and unanimously confirmed by the Senate in August 2017, said he collected a lot of good input to take back to Washington, D.C.

The U.S. Commodity Futures Trading Commission is an independent agency of the U.S. government that regulates futures and options markets. Its mission is to foster open, transparent, competitive and financially sound markets. It aims to protect market users and their funds, consumers and the public from fraud, manipulation and abusive practices.

“It allows us to be able to road map, litigate risk and provide a safe food supply for the rest of the world,” he said. “So, the integrity of those markets is important to us.”

Quintenz said one of his points of curiosity in making this trip was to figure out, for this year, how well farmers are hedged and how much of an impact the commodity price reduction since May will have on them. Are they using tools such as crop insurance, futures markets and other risk-mitigating strategies to their advantage?

“Right or wrong, I would say a lot of farmers treat crop insurance as a big part of their hedging tool,” Stahl said. “Thankfully, the March price was higher than what it is now.”

Wagner, who is a broker as well as a farmer, said farmers are probably more hedged in soybeans than they are in corn, in general. He noted that February is the most important month for crop insurance because that’s when prices are set. This year’s prices are $10.16 for soybeans and $3.96 for corn.

“Once that price gets set, that determines a lot of producers’ selling strategies,” Wagner said. “Above that price is a good place to sell. Below that price, you hold off a little bit more.”

Gross said South Dakotans probably aren’t as hedged as farmers in other parts of the country because there can be so much variability in production from year to year.

Richardson noted that our state has a substantial amount of on-farm storage and many farmers tend to store grain in anticipation that prices will go up.

Wagner said many farmers favor cash markets. They’re reluctant to sell anything because of concern they won’t be able to deliver on a contract.

Walsh estimated that in the southeast tip of the state, where he farms, less than 10 percent of farmers use the futures market.

Quintenz said if there’s a convergence between cash and futures markets, that can lead the crop insurance program to overestimate the amount of revenue that farmers receive and underpay on crop insurance.

“So, this is a good discussion to have on crop insurance,” he said.

The group also made sure that Quintenz is aware of the challenge South Dakota farmers face in corn and soybean basis. Most of the state’s soybeans are exported to China through the Pacific Northwest, but tariffs have placed that market in jeopardy.

Wagner asked Quintenz if there’s any consideration to adding more delivery points in the Western Corn Belt. He said that’s an idea he would take back to Washington and share with his staff.

South Dakota Corn Invests in the Future of the Ag Industry

South Dakota corn farmers are one step closer to seeing our state become the leader in precision agriculture. By better preparing students for ...

Pheasant Numbers on the Rise