Pheasant Numbers on the Rise 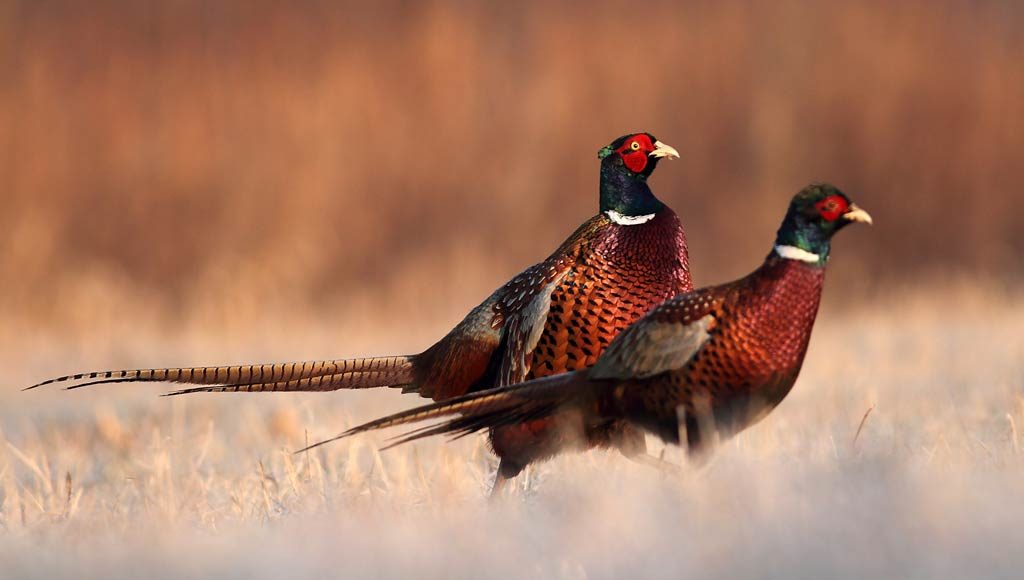 “I would say the count is pretty accurate. We’re definitely up from last year,” said Steve Halverson, whose farm is in the center of a triangle formed by Pierre, Chamberlain and Winner.

“They pretty much all perished,” he said. “Last year was terrible. This year, the survival was good. There was a ton of cover.”

Halverson said the biggest difference maker this year was an abundance of dew and insects that provided a reliable source of water and food for young pheasants. Last year, those resources were lacking because of the early drought.

“We bounced back. We’re below the 10-year average, but we’re headed in the right direction,” Halverson said. “It’s going to take multiple years of good hatch to get back to the glory days. I’ve seen it happen—in three years going from low numbers to phenomenal. We need Mother Nature to cooperate the next couple of years.”

From late July through mid-August, GFP surveyed 110 30-mile routes across the state’s pheasant range to calculate a pheasants-per-mile (PPM) index. The survey is not a population estimate, but rather compares the number of pheasants observed on the routes and establishes trend information. Statewide, 85 of the 110 survey routes had a higher PPM than 2017.

Jeff Burg, who farms near Wessington Springs, said he has seen more pheasants around his farm this year. He attributed the increase to more moisture, more cover for young pheasants and more insects.

“Every time I go out in the pasture, I’m seeing bunches of them. And in the mornings when the dew is heavy or the evenings when they’re out on the roads,” Burg said. “I know there are definitely more.”

“There’s about three different sizes of coveys and there are more of them,” he said. “There’s lots of cover out there. It looks a whole lot better.”

Although the state’s highest pheasant counts were in the Chamberlain region, hail storms took a toll on the populations at several farms. Scott Biskeborn said his farm got hit by hail three times and after that he didn’t see any young pheasants. Another farmer, Steve Breding, said a massive hail storm hit his farm in late June. He estimates the pheasant population around that area is about the same as last year.

“Weather conditions continue to play a significant role when it comes to bird numbers and better weather helped this year with the average pheasant brood size increasing 22 percent over last year,” Hepler said. “Just as changes in landscape-level habitat conditions have produced peaks and valleys in the pheasant population for 100 years, habitat will again be the key to preserving pheasant hunting for another century.”

Federal officials don’t make frequent visits to South Dakota, so a group of farmers took advantage of an August opportunity to meet with a commissioner of ...

Aided by a Natural Resources Conservation Service (NRCS) grant, South Dakota will soon have a field manager dedicated to helping farmers throughout the ...