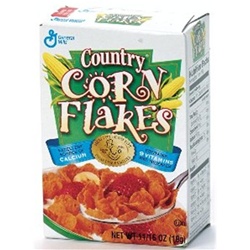 General Mills has a problem with ethanol. In a recent Financial Times interview, their Chief Officer, Ken Powell claims America has a bad ethanol policy that’s driving up the price of corn. Powell blames that policy for the rise in their companies’ input costs.

While Powell’s arguments might sound good, there’s little truth to it as a recent study from the University of Missouri shows that America’s ethanol policy gives only a modest boost to corn prices. Besides that, here’s a little Did You Know for the readers…Each 18 ounce box of corn flakes contains around $.086 worth of corn. Less than 9 cents of corn per box that costs somewhere in the ballpark of $3.65 total depending on where you live.

Powell predicts that grain prices will increase his input costs by 11%. Do you think that extra penny per box will really hurt General Mills? And what if corn prices fall, do you think they will charge less? Not a chance.

As the CO of a major corporation, wouldn’t you look at the rising cost of oil which affects your products largest cost, transportation to the store? Mr. Powell makes absolutely no mention of it in the entire article.

When greedy corporations start putting down America’s only alternative fuel source over fractions of a penny, their agenda needs to be in question as ethanol lessens our dependence on foreign oil, saves our country billions of dollars and creates thousands of domestic jobs.

It’s the same old song and dance, whether it’s General Mills, American Meat Institute or the Grocery Manufacturers Association it makes no difference, people who use corn want it cheap. No matter how misguided or factual their claims may be.

Besides cereal, the same can be said for any food product containing corn. Only $.116 of each dollar spent on food comes back to the farm (according to the USDA 2011). America’s corn farmers are doing an amazing job when it comes to efficiency, productivity and affordability for our nation’s food and fuel consumers who rely on them daily.

Telling the story of agriculture today should be one about innovation and pride. Instead, certain media and anti-ag organizations are telling a different ...

Alverson elected to National Corn Board

(July 13, 2011) – Keith Alverson, a sixth-generation farmer from Chester, has been elected to serve on the National Corn Growers Association (NCGA) ...