Modifying RFS would be a step backwards for U.S. 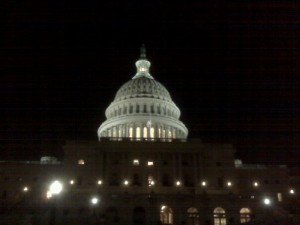 If you want to accomplish something, you set a goal and you find ways to achieve it. Right? Well not according to United States Representatives, Bob Goodlatte (R-VA) and Jim Costa (D-CA) who introduced a bill to tweak America’s Renewable Fuels Standard, our countries goal to become more energy independent. In their bill corn ethanol production targets could be knocked down by as much as 50% if the corn stocks to use ratio gets low.

The Renewable Fuels Standard was created for a reason, to decrease America’s dependence on foreign oil, which it has accomplished. America’s use of foreign oil has decreased by 10% during the past five years. Not only has it decreased our dangerous dependence on foreign oil, but it has created hundreds of thousands of good-paying jobs, lessened greenhouse gas emissions and boosted the American economy to the tune of nearly $54 billion per year.

This modification would simply be bad business. Implementing the changes to the RFS would not only hurt current industry progress, but make future private investments even less likely in the midst of attempting to build an advanced biofuels industry. Pulling the rug out from under a bright spot in a sluggish economy would be not only hurt biofuels, but raise gas prices and increase our dependence on dirty foreign fossil fuels.

The bill comes after recent cries about corn availability and prices from the meat industry in D.C. These groups have taken advantage of the American farmer’s cheap corn for decades and still are posting record profits as commodity prices have raised. Recent studies have shown that the RFS is indeed not hurting the cattle industries.

Altering our countries’ energy future based on fake tears of a few would do nothing but take a step backwards in our quest for energy independence, a cleaner environment and jobs for so many hard-working Americans.

While farmers have no control over the demand or price of their corn, they have been meeting demands for food, feed, fuel, fiber and export for decades with another big crop expected again this year.

Something astounding is taking place across the Midwestern parts of United States. America’s farmers have been taking to their corn fields in combines, ...