Piping Ethanol Out of South Dakota 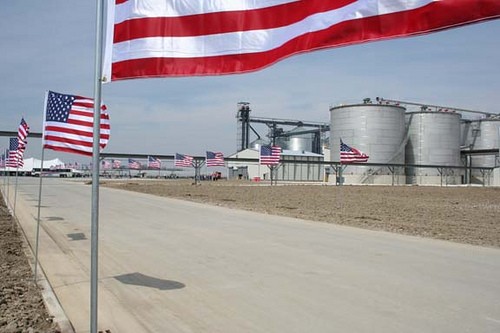 A proposed 1,800 mile, 20 inch diameter, ethanol pipeline from Davison County, South Dakota to Linden, New Jersey is currently waiting on financing, but could be up and running by as soon as 2014. The project is being lead by Poet, the United States largest ethanol producer and Magellan Midstream Partners, a fuel distribution and storage company from Texas.

The project is still in an early phase and is looking for funding with an eventual loan guarantee from the United States Department of Energy.

Bruce Heine, director of government and media affairs for Magellan said, “When we get the loan guarantee, we expect land acquisition and other steps to take about two years, and then construction about two more years.”

The pipeline would cost around four billion dollars to construct and would be the first and only dedicated ethanol pipeline in the United States. The proposed project would be able to transport 3.6 billion gallons of ethanol per year.

Besides jobs, creating additional ethanol markets in the northeast United States, a recent study shows that the pipeline would generate 6.6 billion dollars in economic growth. Nationally, 80,000 temporary 1,100 full-time jobs would be generated. 4,300 of those jobs would be in South Dakota.

Not only will the economy benefit, but also the environment.

“This project has the clear environmental benefit of dramatically reducing carbon emissions from traditional ethanol transportation, and this latest report shows its important impact on our economy as well,” said, Jeff Broin, CEO of Poet.

Overall, an ethanol pipeline would allow an increase in the market demand for a readily available, home grown, commodity that benefits the environment and our economy.

Ag Equipment burning what it harvests? Yes it’s really happening as you read. A group of Nebraskans are currently developing, CleanFlex Power System, an ...

Corn, Coservation and Wildlife Can Coexist

A recent study from the University of Michigan claims that too much wildlife habitat, like CRP and native grasslands are being “sodbusted” to grow corn in ...