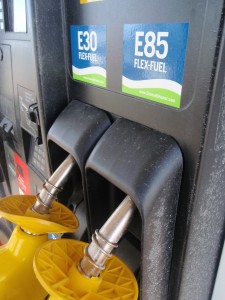 There will always be a pool of naysayers putting down ethanol, America’s only major renewable energy source when it comes to fuel. Activists love to use the word “Boondoggle” when describing it but if you have been paying attention to the industry lately, the clean-burning energy source is anything but.

The USDA posted a study this week showing the increased energy efficiency of corn ethanol. Previous studies showed a positive net energy gain of 1.7 to 1, but their most recent study shows a 2.3 to 1 gain in energy from the production of corn ethanol. This just shows the constant improvements to an industry that is increasing their all-around efficiencies through new technologies every day.

Last week, Ricardo Inc. released a study on the effects that E15 had on vehicles between the years of 1994 to 2000. The results showed that E15 would work just fine in those vehicles which represent 25% of the vehicles on the road today. This study is vital due to the EPA’s lack initiative in making a decision on whether or not to move the minimal ethanol blend for non-flex fuel vehicles to E15. It has been 10 months since the EPA’s first delay on this request.

Within the last six months, the Congressional Budget Office looked into the effects of using corn for ethanol when determining food prices. Results from their study showed that corn ethanol only caused a .5-.8% of the 5.1% rise in food prices between April 2007 through April 2008, an ethanol boom period. These results basically put the food vs. fuel myth to bed once and for all as farmers are continuing to produce more corn on the less land making them capable of meeting all demands.

These are just three examples of ethanol positives, while there are many more including benefits to the economy and environment, I encourage you all to do your part by sharing these positives you’re your friends and neighbors. The industry needs your grassroots efforts, because while corn ethanol is improving our country the naysayers and oil companies will never quit fighting to keep their competition down.

It has been 10 months since the EPA first delayed their decision on whether or not to move the minimum blend for non flex-fuel vehicles to E15 from E10. ...

It is widely understood and accepted that corn ethanol production is carbon neutral because the carbon produced during production is more than absorbed by ...