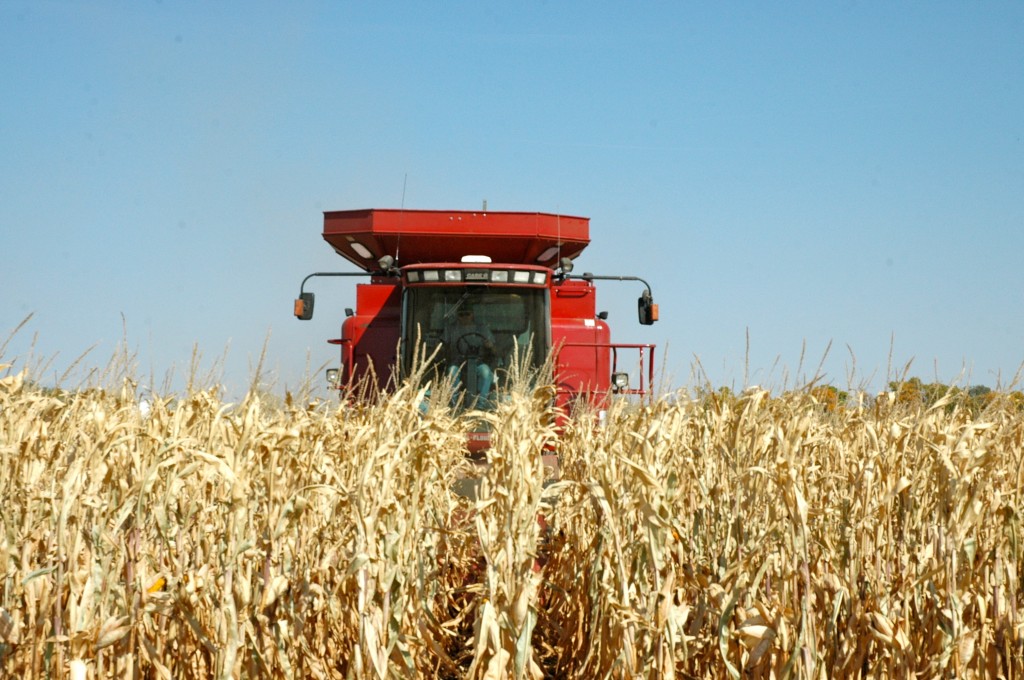 America’s farmers continue to overproduce. It’s what they do best, especially if Mother Nature decides to play along during the growing season. Year after year, our farmers continue to grow abundant, affordable and sustainable supplies of food, feed, fuel and fiber for folks at home and abroad.

Not only is there a record crop being predicted for the United States, but for the state of South Dakota as well. Previous reports had this year’s crop shaping up to be the 2nd largest on record, but the latest prediction included a large boost in projected yield (an increase of 9 bushels per acre) putting the 2014 crop on top with a total of 814 million bushels, if realized. This total would nudge last year’s 808 million bushels.

To put it simply, South Dakota farmers are growing more corn on less land. This has been the trend witnessed throughout the past several decades as yields (bushels harvested per acre) continue to climb. This year harvested corn acres in South Dakota will decline by more than 300,000, yet yield projections show South Dakota farmers growing 148 bushels of corn per acre on average, 10 more than the 2013 crop.

Now as this potential record crop begins to mature and remains mostly (74%) in good to excellent condition, corn farmers are set to have an extremely busy fall ahead of them.

While corn harvest has started in the southern to central areas of the United States, South Dakota farmers are in the middle of silage season. Choppers ...

The following is a press release from Senator Thune’s office about a bipartisan plan to introduce legislation that will strengthen the Surface ...