The Deception of Oz 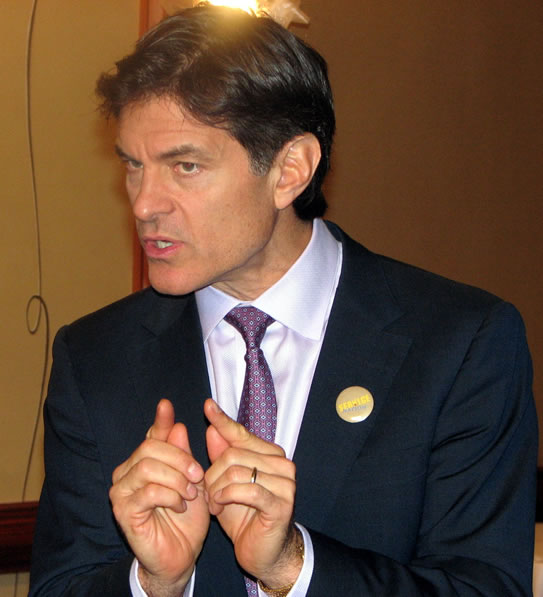 Yesterday’s Dr. Oz show was about genetically modified food (GMOs) with the title, “GMOs: Are They Dangerous?” That alone gives you a good idea of what direction this program was going.

Dr. Oz and his radical guests (whom no scientist with any credibility would appear on stage with) blame GMOs as the reason for an increase in diabetes, allergies and cancer among many other health problems. Of course they made these claims with no sources or accepted scientific studies to show.

Dr. Oz dared to bring up and concentrate on the infamous “Rat Study” out of France, which was based on poor science and has been chastised by hundreds of scientists across the globe.

The program did briefly demonstrate what modified foods are and they nailed it on the head when they explained that these plants grow more food, fight diseases and save consumers money. What they didn’t mention was that biotechnology has continued to be proven safe in over 6,000 studies. Biotechnology also reduces the amount of pesticides, water and land needed to meet our food demands, which also creates a better environment. Using biotechnology is not only safe, but also sustainable.

The episode also clearly displayed Dr. Oz lobbying for a yes vote on California’s Proposition 37, which would require that foods be labeled whether or not they are genetically modified. Besides the clear fact that genetically modified foods have been proven safe time and time again, Proposition 37 will put added expenses on farmers, taxpayers and consumers. A new study shows that it will raise grocery prices by an average of $400/year for the average family.

Think what you want about Dr. Oz and his program, but viewers need to understand that deception runs deep in this episode of agenda-driven, false fear.

After corn harvest is complete, mostly stalks and stover remain in the fields. What farmers decide to do with those commodities can depend on a number of ...

In an effort to continue building relationships with customers around the globe, South Dakota Corn will be hosting a United States Grains Council trade ...