The Importance of VEETC in South Dakota 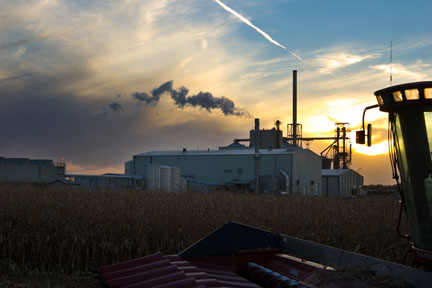 America has experienced a tough economy over the last year and a half or so with people losing jobs and new ones extremely hard to come by. One industry that has fought through the recession with the potential to expand is the ethanol industry. South Dakota’s ethanol industry has helped rural economies and communities thrive through good jobs and the purchase of locally grown corn and locally manufactured ethanol.

There is although a disaster in waiting. The Volumetric Ethanol Excise Tax Credit (VEETC), the blender’s credit, is set to expire at the end of 2010 which would be detrimental to the industry. According to ENTRIX, South Dakota would lose 8,412 jobs. Quality jobs like these just can’t be duplicated in South Dakota, especially in the rural communities.

Nationally, 112,000 jobs would be lost with majority of them in Iowa, Illinois, Nebraska, Minnesota, South Dakota and Indiana. Besides jobs, United States ethanol production would be cut by 37.7% and the industry would purchase $6.6 billion less in grain and other raw materials. Corn prices would drop 8%. The elimination of tax revenues would equal $2.7 billion on the local and state tax level and $2.4 billion on the national level. Where exactly do you make up that economic activity?

Progress on renewing VEETC has been made with United States Representatives, Earl Pomeroy, D-N.D., and John Shimkus, R-Ill. introducing HR 4940, the Renewable Fuels Reinvestment Act, legislation that would extend VEETC for an additional five years. A number of Reps have also co-sponsored this bill including South Dakota’s own, Stephanie Herseth-Sandlin.

Just try and imagine more than eight thousand additional people being out of a job in South Dakota. Not a pretty picture. How many of you work for or know someone who works for an ethanol plant, trucking company, or in the ag industry? This legislation is more than just a step towards energy independence; it’s about our state and nation’s livelihood.

The city’s first blender pumps will be officially welcomed to Sioux Falls with a grand opening and ribbon cutting event on Monday, April 12. The ...

The Sioux Falls Argus Leader will be broadcasting a South Dakota Gubernatorial Forum live today from the downtown Sioux Falls Holiday Inn. The forum will ...