Trade Is Vital to South Dakota 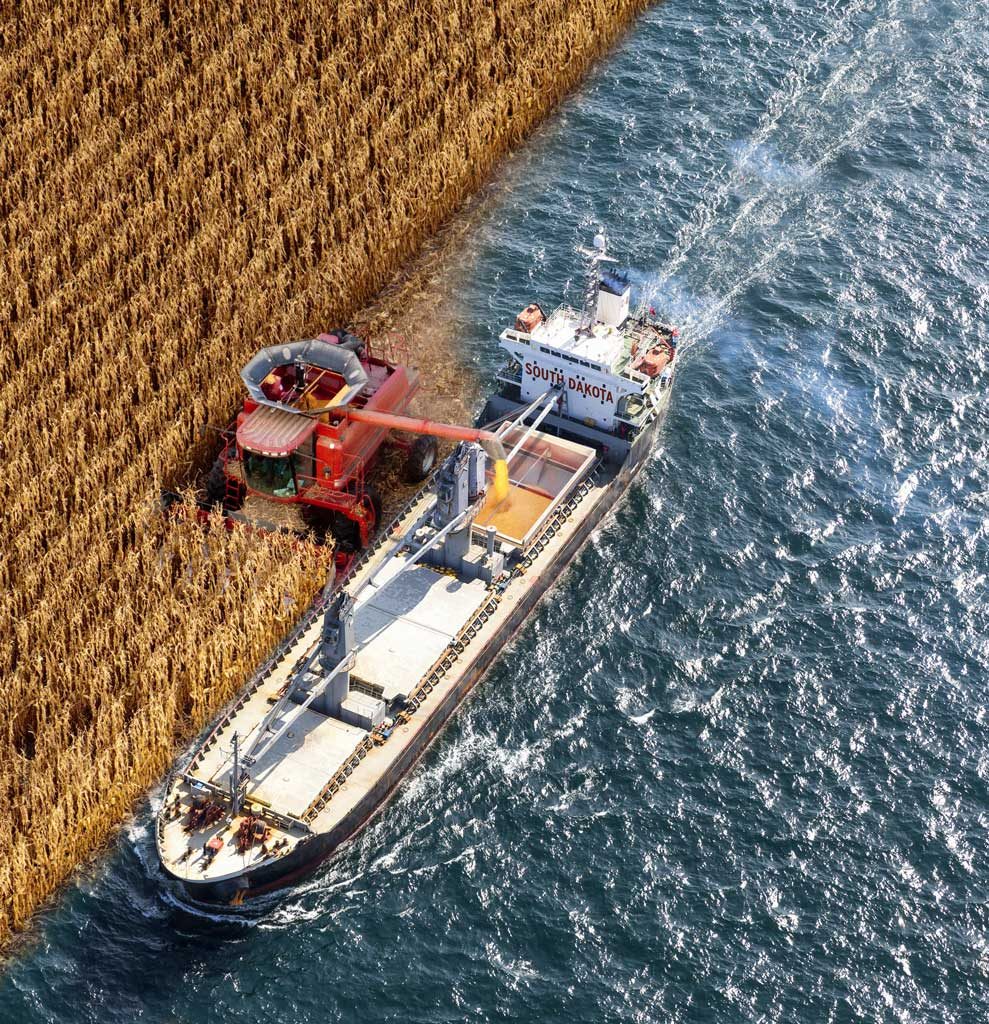 Trade has been a burning issue in 2018, and many South Dakotans are eager for favorable resolutions to the spats between the United States and its trading partners. At the top of the list are those involved in agriculture.

Scott VanderWal, president of the South Dakotas Farm Bureau, said his organization can’t argue with the president’s intent to fix problem associated with international trade. After all, China has been stealing intellectual property for years, and there were problems with trade agreements with Canada and Mexico, he said.

“Having said that, we probably wouldn’t have picked a fight with the entire world. We would have gone one at a time,” VanderWal said. “But that’s the way President Trump does things. And he usually gets what he wants. We’re trusting that will be the case. Farmers and ranchers are a little bit nervous due to the fact we’re coming into harvest season and there’s a lot of grain to get sold from this point on.”

Tariffs and trade disputes have caused commodity prices to drop considerably this summer. As a result, the Trump administration pledged to pay farmers $4.7 billion to offset losses. Soybeans, with $1.65-per-bushel payments, will account for $3.6 billion of that total. Other per-bushel payments will include 1 cent for corn, 14 cents for wheat and 86 cents for sorghum.

Although that will offset some of the lost income, a unified agricultural message has emerged that farmers prefer trade over aid.

VanderWal was one of four speakers who participated in a presentation about trade and tariffs that Americans for Prosperity South Dakota held Aug. 30 in Sioux Falls. The others were Don Haggar, president of the host organization; Jason Ball, president and CEO of the Sioux Falls Area Chamber of Commerce; and Joseph Santos, a South Dakota State University economist.

All four expressed a dislike of tariffs.

“A tariff, of course, is a tax. A tax is a reasonable instrument of policy if you’re trying to generate revenue for some purpose that’s deserving. But in the case of trade policy, it’s an enormously blunt instrument,” Santos said. “In general, you tax what you want less of. If you tax trade, you’re going to get less trade. You get fewer imports; you get fewer exports.”

As those U.S. exports drop, the agriculture industry will feel the pain. Canada is the No. 2 foreign market for U.S. ethanol behind Brazil. Mexico was the No. 1 buyer of U.S. corn in the last marketing year. China is by far the largest foreign buyer of U.S. soybeans.

On a statewide level, Canada is South Dakota’s No. 1 customer. Our state exports $536 million in goods there annually, including $197 million worth of agricultural products. We import $414 million in goods from Canada.

Haggar said Americans for Prosperity believes individuals and businesses should be free to trade in competitive markets.

“They’re the ones who should make the decisions about trade, not government bureaucrats or politicians. You get the government involved in decisions like that and things go haywire,” he said. “The analogy I would use is that tariffs are having the impact of a tsunami. Right now, that tsunami is in the middle of the ocean. But when it hits the shore, we’re going to see the impact.”

Ball said the chamber agrees with the strategic goals and objectives of the administration.

“But what is of great concern to us is starting out with a broad-brush, tariff-based strategy that we feel in the long run will be detrimental to the economy,” he said. “Not only to the agriculture producers, but right here in Sioux Falls it will almost unquestionably have a direct impact.”

Haggar said he’s familiar with an automotive dealer who typically sells 14 or 15 pickups a month, but has seen sales fall to an average three per month since tariffs were announced. That loss in business hurts his employees and, because of lost income, they might scale back their purchases, in turn, hurting other businesses.

“We’re borrowing money from the Chinese to make up for the tariffs that were made in the trade war with the Chinese. I kind of scratch my head about that,” Haggar said. “We also have a $21 trillion budget deficit. I struggle with the logic of that.”

Aided by a Natural Resources Conservation Service (NRCS) grant, South Dakota will soon have a field manager dedicated to helping farmers throughout the ...