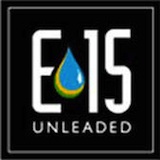 The United States House of Representatives is on a mission to take apart the Environmental Protection Agency. Whether they are right or wrong isn’t the issue, it’s the fact that they continue to put politics ahead of the countries clean energy future.

Last January, the EPA approved the blend E15 (15% ethanol, 85% gasoline) as being safe for non flex-fuel cars and light trucks model year 2001 and newer. The announcement came after several delays and substantial amounts of testing. In fact, E15 is the most tested fuel in American history. So what exactly is the problem?

The freshmen in the House are touting overall spending cuts, but would it make sense to block the implementation of E15 after all of the money that has already been spent on its testing and approval? And wouldn’t the blend benefits including lowering greenhouse gas emissions, increased tax revenues and less imported petroleum from not so nice countries far outweigh those costs?

America uses a lot of oil and imports 50% of it. That number has decreased by 10% in the last five years due in part to increased biofuel production. E15 would continue America on the path of lessening its dependence on foreign oil, create new green jobs and further enhance the countries energy security.

“Installing E15 into the marketplace needs to be about sound science, not party politics,” said South Dakota Corn Growers Association President, Gary Duffy, a farmer from Oldham, SD. “Higher blends of ethanol at the pump will not only save consumers money, but keep those dollars right here in the United States. It’s time to make our countries 90% gasoline mandate a thing of the past and let America’s corn farmers fuel us into the future.”

If you’re a regular reader of this blog, by now you are more than familiar with all of the things corn farmers are doing to become more efficient while ...

Telling the story of agriculture today should be one about innovation and pride. Instead, certain media and anti-ag organizations are telling a different ...