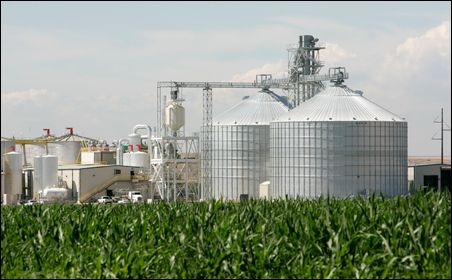 With plenty of discussion over VEETC (the ethanol blenders credit) in Washington DC and rest of the nation, Iowa State University released a study showing results that downplayed the negative effects of VEETC expiring. The study was funded by UNICA, otherwise known as Brazilian Sugarcane Ethanol who has been lobbying for the removal of America’s ethanol tariff.

The study claims that losing VEETC and the ethanol tariff would result in the loss of 300 jobs compared to an earlier study by ENTRIX which showed jobs losses of 112,000.

The Iowa State study went on to claim a minimal decline in corn prices and that the import of Brazilian ethanol would only rise modestly to 740 billion gallons. This accounting is incomplete, as it does not contain the tax, gas price, national security, and other economic benefits from the ethanol industry.

Other accounting errors in the study include leaving the corn price and acreage stagnant through 2014 and not accounting for trigger payments from lower commodity prices. The Study also leaves gas prices at $2.30/gallon while they are expected to rise 19% over that time.

According to ENTRIX, United States ethanol production would be cut by 37.7% and the industry would purchase $6.6 billion less in grain and other raw materials. Corn prices would drop 8%. The elimination of tax revenues would equal $2.7 billion on the local and state tax level and $2.4 billion on the national level.

Brazilian Ethanol has everything to gain from VEETC expiring. Losing the 54 cent/gallon tariff will do nothing but hurt farmers, ethanol producers and the overall American economy. One of the reasons for domestically producing a fuel is to become less dependent on other nations; this would in turn defeat that purpose.

To close, attached is a comment from, Joel Velasco, Chief Representative for North America for UNICA, defending the Iowa State study.

“The results are still significant because they show that letting the VEETC and tariff expire would not have the dramatic, adverse effect U.S. ethanol producers have subjected all of us to for decades.”

“Our aim was to provide a realistic analysis of the various scenarios Congress is actually debating – regardless of whether they benefit us. This has not been the case with countless studies paid for and cited by the corn ethanol industry.”

Good one Joel, you’re just looking out for the American people, right?

Is it fair to say to that the United States of America is in a slump? By slump, I mean the lack of progress our country has experienced after all of the ...