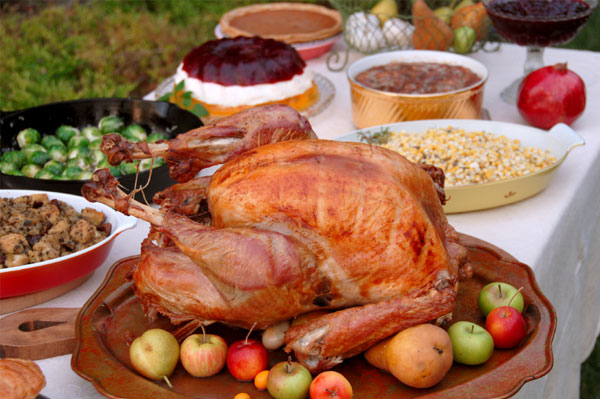 The week of Thanksgiving reminds us all of the many things we have to be thankful for: family, friends, health, homes, jobs, etc. In addition there is something most Americans take for granted but also couldn’t live without, food.

With a growing disconnect between population and farming, more and more people have no idea where their food comes from. They simply expect grocery stores to have what they want, when they want it and at a reasonable price. And thanks to American agriculture, they usually do.

Thousands of hardworking Americans spend their days by growing, raising and sharing the nutrients that will be soon be eaten by consumers around the world. Not only do we have the farmers and ranchers to thank, but also scientists, inspectors, retailers and transporters of food. These people provide our nation with the safest, most inexpensive, nutritious and widely abundant food supply in the entire world.

So when you sit down to eat on Thanksgiving or any other time for that matter, give food thanks among the many other things you have to be thankful for. Because that turkey, potatoes, corn, cranberries, bread and wine didn’t just magically appear on your plate.

Scooping up the Facts on Ethanol

Deceit and make-believe are what you get when reading the most recent editorial from the Inforum’s, Ross Nelson. His latest piece titled, “Ethanol? I’ll ...

Anybody else tired of volatile oil prices and the effect they have on prices at the gas pump, grocery store and other transported goods? The price of a ...