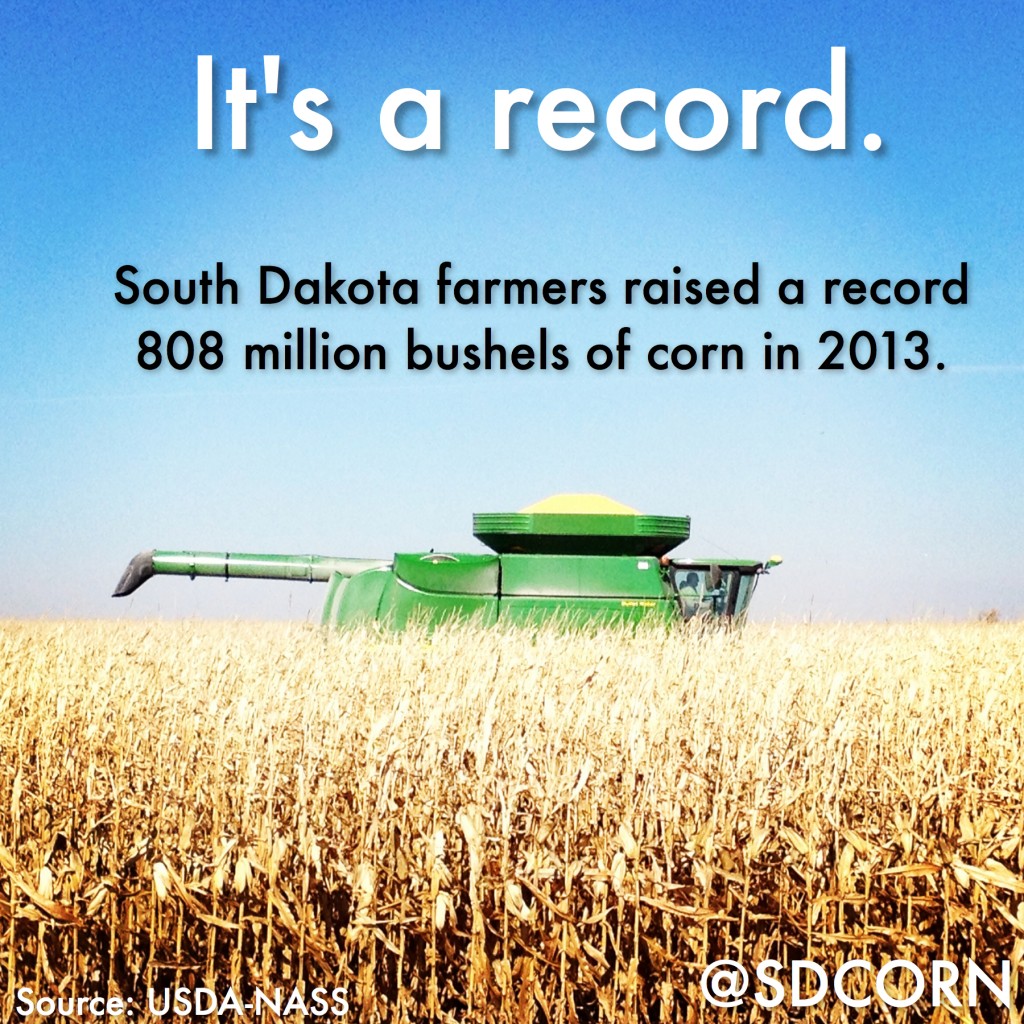 Here are the stats for corn grown in South Dakota during 2013:

“Our farmers deserve credit for continuing to improve their farm’s efficiency and productivity by adapting new practices and investing in new technologies,” said South Dakota Corn Utilization Council president Brian Smith. “The precise placement of nutrients and seed along with reduced tillage, cover crops and improved water management are creating healthier soils and higher corn yields all across the state.”

Thanks to our South Dakota farmers on a job well done!

The South Dakota Corn Growers are excited to kick off their 28th annual meeting on Saturday at 9a.m. at the Sioux Falls Convention Center with Market to ...

Ok, many of you are probably wondering what is RINsanity? RIN-san-ity: noun – a false and shameful attempt by Big Oil to blame rising gas prices on RINs. ...