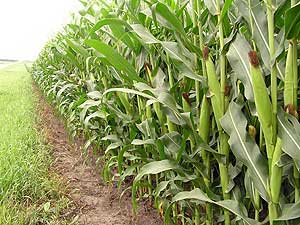 Negative reports about atrazine, the most common pesticide application in United States, maybe seem redundant, but yet another was released this week. Dr. Tyrone Hayes, who has been discredited by the EPA multiple times, released another report claiming that exposure to the pesticide, atrazine, caused male frogs to transform into females.

Prior research by Dr. Hayes has come under scientific scrutiny and criticism by directors of the Environmental Protection Agency for lacking basic scientific standards and lack of transparency. Alex Avery, Director of Research and Education at the Hudson Institute’s Center for Global Food Issues, criticized the new research by University of California Berkeley professor.

“Dr. Hayes is an admitted anti-atrazine activist…and has spent more than a decade allied with eco-activists peddling scare stories due to alleged health effects from atrazine,” Avery stated. “Aside from his own often-conflicting lab studies, other researchers have not seen the effects Hayes claims to have found. Replication is the gold-standard of science and Hayes’ work has failed this test miserably.”

The most recent study has many shortcomings including its inconsistency with prior findings by the author, including the use of only one dose level and the failure to use a positive control, a basic requirement with this type of study.

The EPA’s independent Scientific Advisory Panel “believed strongly that all of the field studies reviewed had serious flaws that limit their usefulness…” and “these problems render interpretation of results problematic if not impossible.”

Even with Hayes’ report holding no merit, agriculture still seems to take a hit from the mass media with over a thousand blogs, websites and other news outlets reporting on the story.

Atrazine has been used by farmers safely for over 50 years and has had no effect on amphibians, fish, birds or any other form of wildlife. Atrazine allows farmers to use conservation tillage systems preventing soil erosion and saving them around $28/acre on average. During the last 20 years, atrazine has improved corn yields 5-11%.

Over 6,000 studies have been done on the pesticide alone and every time it has come back safe. Most recently, the State of Minnesota conducted a thorough review of atrazine and in January announced, “The review finds that atrazine regulations protect human health and the environment in Minnesota.”

Darrin Ihnen was born and raised on a family farm in rural Hurley, South Dakota. Agriculture is just something that has always been important in Darrin’s ...

Click here for a quick SweetScam video The Center for Consumer Freedom group is at it again, but this time defending the very popular, but wrongly accused ...